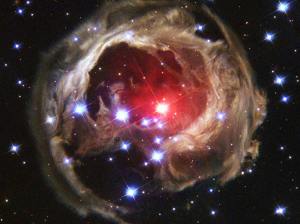 I apologize for being off the air for a couple of days. Scout played an April Fool’s Day joke on me and pretended he was dying.* Fortunately, I’m used to his jokes (he does a mean sock-stealing impersonation, and he used to have a great smile), so I only took his antics 99.9 percent seriously: which meant I paid the $756 vet bill, but I didn’t have him put down.

While we were at the vet, though, Scout gave me an April Fool’s Day bonus and bit me. The vet, after helping me wash the wound out with real-life doctor scrub stuff, informed me that if Scout died within ten days, there’d have to be an autopsy performed on his brain to make sure he didn’t have rabies. It’s a state law, apparently. I didn’t know which to worry about more: him dying of his April-Fool’s-Day-joke illness, him having rabies (no, he’s not up on his shots), me getting rabies, or the bill for the autopsy, which, of course, I couldn’t pay for since I got fired a month ago.

There is no meaning in any of this or all of it together. Not in the details, anyway. There is meaning somewhere, though, and I’m trying to find it. Today, meanwhile, I’m marveling at this: that we’re on this tiny planet rushing through endless space, and while that’s happening, we’re stressing out (or I am) about dogs and money and dirty dishes and being ten pounds overweight and having gray hair, even though gray hair is white-hot this year.

*He couldn’t get up, and when I stood him up, he couldn’t stay up; now he’s wobbly but mobile.