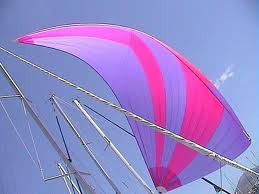 Today I took the ferries out to Sag Harbor and did Colleen’s yoga. When she was describing a kind of seated forward bend, where your back is broad, but your front is a “C” from the top of your forehead to your public bone, she said to think of it like a spinnaker: it’s full, but without wrinkles in either the front or the back. Colleen often uses metaphors from the sea, which makes sense—we

are out here surrounded by the most beautiful water.

At the end of class, Colleen read this quote from Albert Einstein:

When I got home, I took my bike out of the laundry room and rode to the post office, where Chris, the postmaster, told me about his uncle who ran the old Greenport movie theatre for thirty-nine years, and when he retired, sold pizzas out of his back window on Shelter Island. The reason Chris told me this was because I’m applying for a job as a staff writer at the Shelter Island Reporter—circulation 2500—which is sort of ridiculous, but also intriguing. As part of my test, I’m writing a story about the famous Shelter Island 10K that happens every summer. The finish line is by Chris’s uncle’s house, and he always serves lots of pizza.

After visiting the post office, I road my bike to Sep’s and picked up a bag of asparagus from the pile of bags that was lying, unmanned, at the deserted stand. I was afraid to take a dollar out of the honor-system jar as change for my five, but luckily a guy drove up and took it out for me. Most minutes these days seem like learning experiences.

P.S. This is the song Colleen played in sivasana this morning. Today I was one of those people crying at the end of yoga, the tears rolling into my ears and making everything sound like the sea.