Angela had the salad with avocado and fennel at Gitane. I had the arugala, which was good, but hers looked better. That was Thursday.
***
It’s Monday now, and Scout has been spinning all day long, madly, with one short break for an hourlong nap. When I took him with me in the car to buy the fish this evening, he shat in his crate in the backseat.
***
OK, so it wasn’t fennel. My mind hasn’t been right lately, and I gave the name of something I know nothing about, to something I have a lot of experience with, and love. Still, when I was driving out to the North Fork on Friday morning, I was determined to make that avocado and fennel salad.
***
Somewhere along the line, a vet (not mine) told me that brain tumors in dogs aren’t painful. She said at least I didn’t have to worry about that. At the time, I believed her. More and more I grok that we see what we want to see, and we pretend we don’t see the rest, to the point that we actually don’t. Scout, as I wrote that last sentence, tripped over his own feet, and fell so hard that the floor shook. He has a scab on the inside of his back leg the size of a whole fennel, from rubbing his legs together while he spins.
***


***
Fennel sure does look weird. I googled it, and the google police reminded me that anise comes from fennel. What was I thinking? Avocado and licorice salad? I don’t think so. Once again, my mind climbed the hill of reality like an Indian truck, puffing and honking, shit flying out the windows. I can not see reality clearly. I googled Gitane: it wasn’t avocado and fennel—it was avocado and endive. Not only that, but the thing I’d bought at the farmstand wasn’t even fennel: it was kohlrabi. Kohlrabi?
***
Two nights ago, I locked Scout in the bathroom so that I could get some sleep, laying down a comforter, his funky old beddie, and this designer bed I bought him in toille that he has about as much interest in as he does in kohrabi. I turned on a nightlight. I waited until he was spinning in his own world, and I shut the door.
*** END_OF_DOCUMENT_TOKEN_TO_BE_REPLACED

When Scout was a little pot-bellied pig puppy, I’d try to walk him from our apartment on San Vicente near the steps in Santa Monica, to the Starbucks on the corner of Montana and Third. We wouldn’t get far before he’d sit down with his little legs sticking out in front of him (sort of), and look at me. He was hot. He was tired. He was three-months old, with puppy breath and sharp baby teeth the size of a speck. He was wild, and for a while I worried that he was crazy, because he’d bare his teeth when he thought something was funny. Turns out, he was smiling.

Maud was just a little girl then, with long blond hair that would swing like a metronome when she skipped out in front of me. The three of us and Bodhi, just a year old when we found Scout sitting on the lap of a rescue kid out on Montana, made up our family.

It’s so strange to think that that’s over, the time of the little girl and the two baby animals and no money. The time of all that deep, deep love. I have to work to think that something else as wonderful will take its place. I don’t know if I actually believe it.

I bring this up because tonight I was out walking with Scout by the ocean in East Marion. He’s been spinning in circles all night long for the past two days, and the vet, who has seen me through this over the last couple of years—or before that, when Bodhi was sick—says that there’s no medication left for him, and that the tumor in his brain must be giving him headaches all day long, and the spinning is nauseating. She would like me to put him out of his misery.

I wrote a poem, when he was little, that described his leaping through the grass, which was only tall to him. His joy was so intense it could be infuriating. (I remember a story about a mother who, when they asked her why she killed her little girl, said it was because she was doing cartwheels in the house.) Unfortunately, my hard disk failed, and I lost the poem. Today, I carried him up the higher steps leading from the beach to the road, and let him struggle with the tiny ones.

We saw: A deer in a field as the light dimmed
We saw: tiny birds, hopping happily in the grass because no one was around.
We saw: a little boy chasing his tiny white dog around a car parked in his driveway; the dog was fast, and laughing as he looked behind him.

We’ve seen some things and need to be glad, even if we’re unbearably sad. 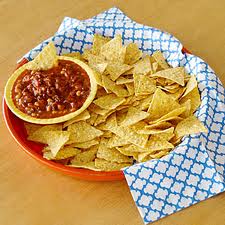 Sometimes one gets sad and foolish, loses control, and gossips about oneself.

Julia and I walked on the beach last weekend (or she and Scooby went on without me, after the marsh came up to swallow my Birkenstocks and socks—she was wearing big green boots. She baked a raspberry crumble from berries we bought from a WASPy farmer on the side of the road, and we at it all (it was only berries and oats and a little brown sugar). We watched Sydney Pollack’s “Three Days of the Condor”—Faye Dunaway without the bells and whistles. On the drive home, we ate both chips and Pirate Booty (that’s Julia). The bottle of salsa went flying through the air on one curve, and splashed my jeans and the driver’s side speaker, and we both found this very, very funny.